The new Windows 11 is about to launch. They say it is being developed under the code-name “Sun Valley” and will get a major user interface redesign and an entirely new app store.

Windows 11 will be available within the year. One of the biggest updates in the last 10 years will be released in the winter of 2021.

Microsoft will end support for Windows 10 on October 14, 2025. It will be just over a decade since the operating system was first introduced. Microsoft wrote about the Windows 10 retirement date on an updated support life-cycle page for the OS.

According to reports, this is the first time Microsoft has warned about ending support for the OS. Previously, the company only spoke about it when certain versions of Windows 10 ended support.

Operating systems from Microsoft have traditionally remained the most popular solutions for PCs and laptops. Of course, Microsoft doesn’t want to lose such a huge market share and is constantly updating and improving its current operating system Windows 10, which was released in 2015.

But things can’t go on indefinitely, and behind the scenes, Microsoft has been developing a new version of Windows in private for several years. On June 15, 2021, Windows 11 screenshots with the OS design appeared on the Internet, and soon some developers from China even posted an early version of the system on the Web.

However, questions about the “data leakage” are still open – it is likely that Microsoft intentionally posted Windows 11 on the network to fuel public interest in it before the conference for developers.

On June 24, 2021, Microsoft held a “What’s Next for Windows” event to announce the next generation of the OS.

The company unveiled Windows 11 and its lightweight version, Windows 11SE. The new operating system will get a new Start menu and taskbar centered on the screen, a redesign of windows with roundings, shadows, and animations, a panel with widgets, an updated Microsoft Store with support for Android apps, integration with Teams and other changes.

New design. In Windows 11, the Start menu and taskbar will be centered on the screen. Users can slide the panel to the left if desired.

There will be new tools for multitasking: layout fixing, setting and quick switching between desktops, etc.

The new version of the OS will integrate with Microsoft Teams.

Internal search will change. The system will search results on the computer and the Internet.

A page with personalized widgets will be available.

Android application support will appear. Download them through the Microsoft Store.

Windows 11 will have improved performance. Microsoft will reduce the size of the updates by 40%.

The first preview build for Windows 11 will be released early next week for Windows Insider members.

Windows 11 will only be 64-bit, but will support 32-bit applications. Minimum system requirements include 4 GB of RAM and a DirectX 12-capable video card. 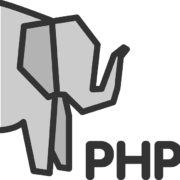 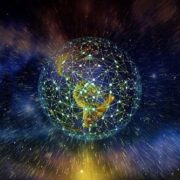 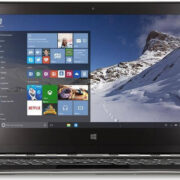