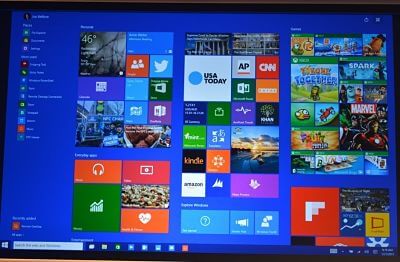 Would Microsoft’s Windows 10 start menu bring a better appeal and functionality than that found in Windows 7 or start screen in Windows 8? It seemed to be one of the biggest questions that people were asking before the launch of Windows 10 on the 29th of July 2015.

People were confident that the classic Start Menu would return after it was removed from Windows 8.

Frankly, people were accustomed to the Start menu found in the classic desktop. However, in 2013, Microsoft did away with it and instead go for the start screen in Windows 8.

However, Windows 10 reverted to the Start menu, which seems to borrow features from both Windows 7 and the titled Metro User Interface (UI) from Windows 8.

Though looking almost similar to Windows 7 Start, the newest version is more tweaked and features lots of icons, features, and apps.

One of the chief complaints about Start Screen (Windows 8) is that it was best suited for touch screen users.

It meant that people who use keyboards and mouse when working on regular desktop PCs found it difficult to work with the OS. Such issues have been ironed out in Start Menu Windows 10.

Unlike the Start Screen found in Windows 8, the Start Menu is more intuitive and interactive.

By including the Live Tiles feature, which is found on Windows 8 in the classic Start Menu, a user can fill the entire screen and still make use of the keyboard, trackpad, or mouse.

The Start Menu Windows 10 allows apps to be switched from full-screen to smaller sizes. It is in contrast to Windows 8, where the applications were only full screen. Working with windowed modes makes it simpler to incorporate in desktops.

The Start Menu in Windows 10 is undoubtedly the best in the Windows series. It is more intuitive, interactive, and versatile, making Windows 10 start menu appealing, practical, and user-friendly.

What Is the Windows 10 Release Date?