In due course of being taught how to write simple programs, you have also been told an impressive deal about classes and objects.

Classes and objects are the basics of object-oriented programming. In an object-oriented model, the focus is on data (contained in objects) and not on the code that manipulates the data. The class contains instance variables, constructors, and methods. We instantiate (create) objects from these classes by invoking (calling) the constructors.

The object-oriented model of programming helps to simulate real-world objects in a better way. Let’s discuss how this is done by considering a ‘Car ‘class as an example. The class can have instance variables such as current Speed, quantityOfPetrol, and so on. We can provide methods such as startCar(), stopCar(), chageSpeed() and so on. Some of these methods do not require any additional information while a few others require it.

For instance, startCar() and stopCar() doesn’t require any additional information while changeSpeed() requires the speed to which the car is to be raced. We know this information is to be passed on as an argument. In conclusion, we have designed the ‘Car’ class and we can now build several Car objects from them such as ‘Car1’, ‘Car2’ and so on.

Each of these objects functions independently from the other by maintaining its own sets of variables. We can make unique objects such as ‘Car1’ and ‘Car2’ interact with each other. We now have a world of cars. We have been able to successfully build a virtual world. That object-oriented programming is all about- simulating the actual world using objects built from classes.

There are three principles of object-oriented programming – abstraction, inheritance, and polymorphism. We shall look at them one by one.

Other people can use your Car class, create Car objects, and call methods such as startCar() and stopCar(). They can start and stop the car without knowing how it is being done. Complexities have been hidden. Only essentialities have been exposed.

If we talk in terms of the Car example, a new class called SuperCar can be made to inherit from the class Car so it will have the functionality of starting, stopping and changing speed and in addition, will perform some special tasks like flying in the air similar to what we see in Hollywood movies.

Unorthodox methods in those classes will handle these calls. Even so, the message that would be passed would be the same, which is changeSpeed(). The only difference is in the arguments (the information to be passed). While one call passes 34 as an argument, the other call would pass 34.7 as the argument. These things might appear trivial for now, but you will appreciate these features later on when we deal with how these features are implemented in Java.

Hope that you understand what object-oriented programming is, we can now move on to the details of how classes are defined in Java. For the rest of our discussion about building classes, we will focus on building a Student class. The student will have a name, a roll number, and marks in three subjects. Once the class is built, we should be able to create Student objects.

And there should be methods for finding the total marks, the average of two students, and so on. In the due course of time, we will also see how we can assign the roll numbers automatically to Student objects starting from 1. We shall also explore other countless possibilities. 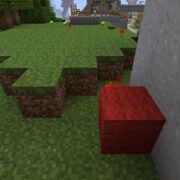